While we want our children to grow up and see as much as the world as possible, some places are best experienced before adulthood. In fact, some of these gems are right here in Singapore, waiting to be discovered!

I guess I don’t have to tell you that children learn best while being outdoors, especially if done together as a family. Bringing them out not only brings everybody together but also helps the little people learn and expand their horizons. More importantly though, it is really about the memories because these are the memories that last a lifetime when the kids have long grown up.

So build up a memory bank you will all treasure for a lifetime with this round-up of 12 of the best places in Singapore to take your children before they grow up. Of course, the list is never exhaustive but I have tried to avoid the obvious choices like the Indoor Playgrounds, Outdoor Parks and Playgrounds, Beaches, Water Parks, Theme Parks, Zoo and other usual suspects. 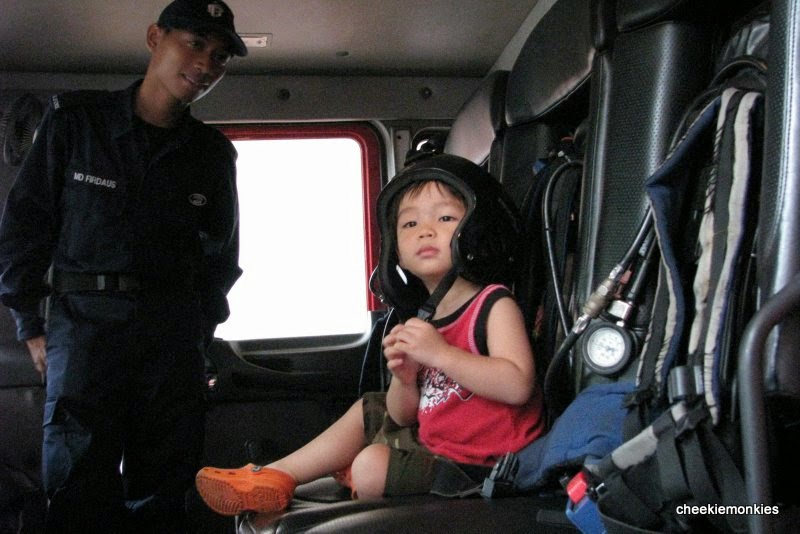 Every Saturday mornings between 9am and 11am, ALL fire stations, except Jurong Island Fire Station, open their doors to the public. Unless you are visiting in a group of more than 10 people, no prior registration is required. Just walk in and let the kids clamber onto a real fire engine, spray the water hose and even take a ride up the mechanical ladder! Definitely an experience to thrill every child. 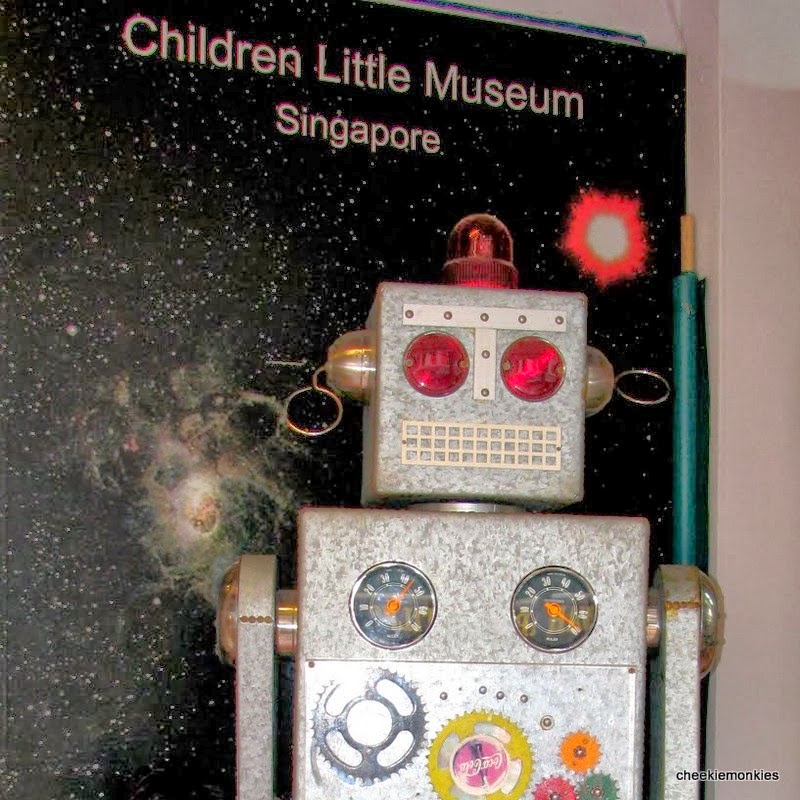 Hidden away along Bussorah Street, in front of the Sultan Mosque, is one awesome gem offering visitors a precious glimpse into the past. The Children Little Museum houses an impressive collection of memorabilia and old-school toys. From tikam tikam to tin robots to old-style pick-up-stix, there are surprises waiting to be discovered and reminisced especially for us parents. And it will most certainly be an eye-opener for the children too, giving parents the perfect opportunity to share what kind of toys and items they had while growing up last time.

And when you leave, be sure to check out the mamak store outside the museum which sells all the retro toys that we are familiar, as well as tikam tikam! Oh, and did I mention the admission fees are amazingly affordable too? Only $2 per person!

KidsSTOP, a 3,000-sqm, S$10 million children’s science centre, is NOW open! Billed as Singapore’s first science centre catering specifically for children 8 and below, kids will get to imagine, experience, discover and dream about the world around them through a mixture of role-play and hands-on tinkering.

Housed within the Omni-Theatre building, the entire area comprises 17 zones and feature areas, each with a different theme that takes children through a discovery of both the natural and man-made world. Kids can dig up dinosaur bones in the palaeontology pit, get up close and personal with live animals, or build their own flying machines. They can even play pretend roles in the grown-up world, from cashier to construction worker to chef, or whizz down the Giant J, a seven-metre slide where they will experience a sensation of free-fall before sliding to safety.

4. Kranji Countryside and its Farms 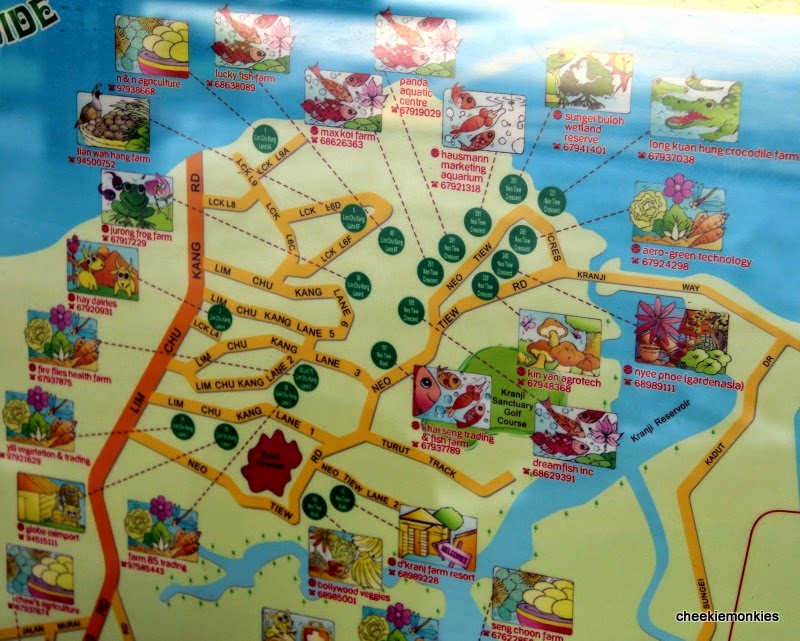 Let the kids see the lesser known side of Singapore, with a variety of different farms available for exploration. Learn about their farming practices, with farms for eggs, milk and fruits, and others that breed fish, dogs, goats and other animals. View the entire listing of all farms in Kranji HERE.

Kampong Lorong Buangkok is the last surviving kampong on mainland Singapore. Located near Gerald Drive (off Yio Chu Kang Road), less than 30 families currently live there. For the children (and even some parents), I would truly imagine the place to be an eye-opener as this is not something that we are accustomed to. The houses, connected by dirt roads, are mostly made of wood with zinc roofs and are separated by vegetable patches and wild fruit-trees.

Do bear in mind however, that although one is free to wander around the common areas, the kampong is NOT a tourist attraction so please respect the privacy of the residents as well.

6. Children’s Garden at Gardens by the Bay 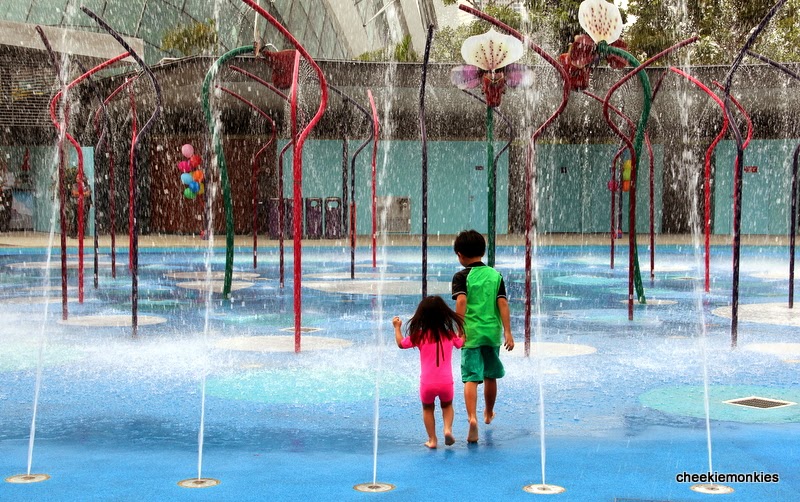 If there is one attraction for kids that is so glaringly obvious, the Children’s Garden at Gardens by the Bay must be it. But I have included this into my list because if you have time (and energy) to bring your children to just one outdoor playground in Singapore, this must surely be it too.

Other than the fact that it is catered to children aged 12 and below, the Children’s Garden consists of integrated play equipment and water play features spread over four main play zones – Adventure Trail, Rainforest Treehouses, Toddler Play Zone and Water Play Areas. All amid a luscious garden setting, no less. Yes, it will most definitely buy you more than half a day’s worth of peace.

Alternatively, the Jacob Ballas Children’s Garden in Botanical Gardens is great for younger kids too!

Chek Jawa is an intertidal flat on Pulau Ubin. The beauty of Chek Jawa is that several different ecosystems can be seen in one small area. These ecosystems and the plants and animals found there are no longer common in Singapore and are also fast disappearing elsewhere in the world.

In 2007, the boardwalk at Chek Jawa was launched. Facilities include a 1.1km boardwalk (Mangrove and Coastal Loops), and the 20-m Jejawi Tower with a panoramic view of the surroundings. The facilities are open daily from 8.30am to 6pm and admission is free. My recommendation is to go with a guide so that the kids will have a better idea of what to look out for. The Naked Hermit Crabs organises FREE Chek Jawa Boardwalk trips on the 4th Saturday of each month, so you may want to head to their website to register for the next upcoming tour.

Or if you have younger children and prefer something less challenging, you can always try out the Pasir Ris Mangrove Boardwalk first. 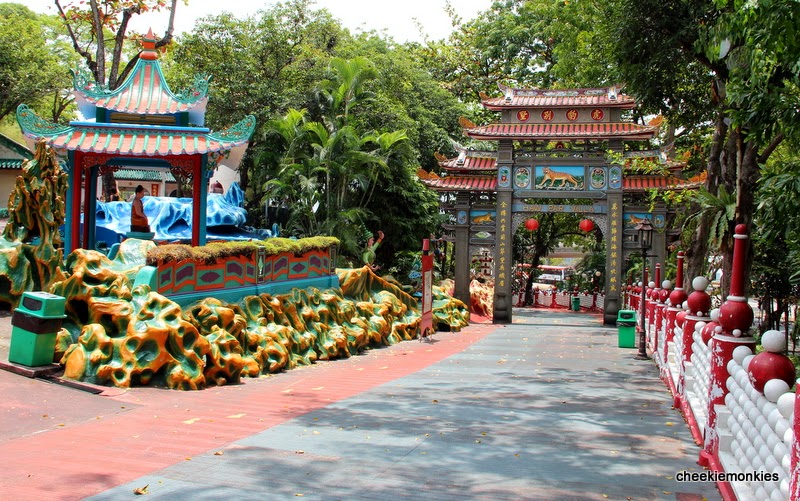 I’m sure all parents who grew up in Singapore do remember this place along Pasir Panjang Road. This Chinese mythological theme park – if it can be called one – contains over 1,000 statues and 150 giant tableaux centered around Chinese folklore, legends, history, and Confucian ideology. With the Circle Line now right at its doorstep, it is so convenient to bring the kids to re-visit their parents’ childhood memories. Pity they did not allow the MRT run through the Ten Courts of Hell though. 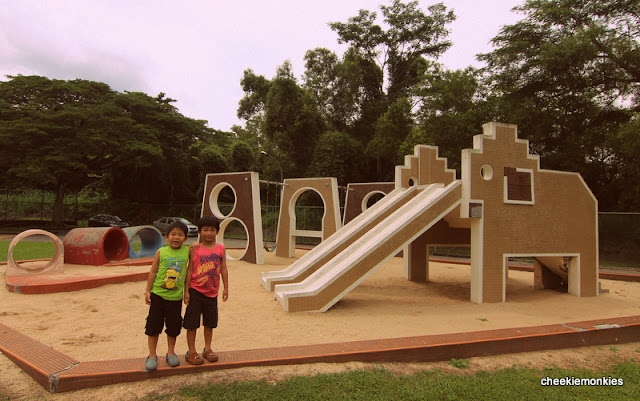 No rubber mats or plastic play equipment here – just hardcore terrazzo, metal, mosaic tiles and of course, sand! Today’s kids have grown accustomed to the regular plastic moulds that have become a common sight in all Singapore’s playgrounds. So why not expose them to the playgrounds of yesteryear that we parents grew up with? With the playgrounds in the forms of a Dragon, Elephant, Dove, or even Watermelons, it will be a breath of fresh air for the children, and provide an opportunity for parents to share with their children their own childhood too.

Where can one go to find an 800-metre stretch of beach paradise, without having to chop one’s passport? The answer lies on Lazarus Island, a little-known island tucked quietly between St John’s and Kusu islands. There are no direct ferries to the island but it is linked to St. John’s Island via a paved bridge. 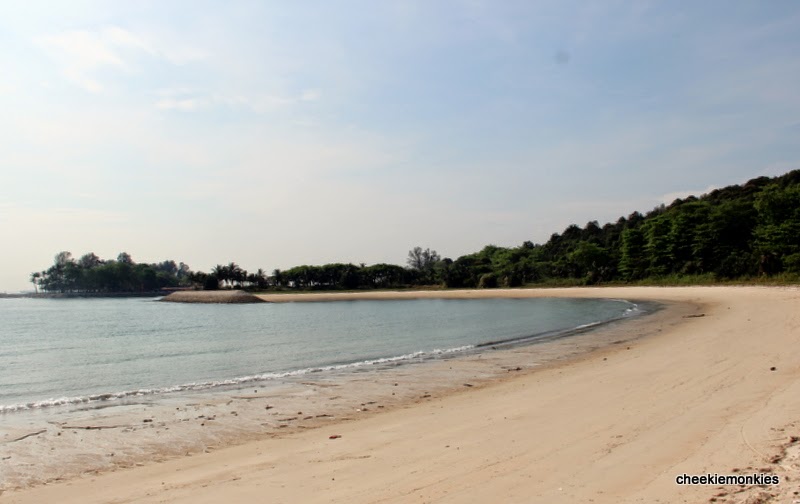 For a day’s worth of off-the beaten-track kind of fun for the kids, Lazarus Island is truly one gem that offers a peaceful day getaway from the mainland. A serene place that boasts a pristine beach and scenic views is hard to come by nowadays in today’s modern Singapore so I highly recommend a visit before it loses itself to the effects of modernization. 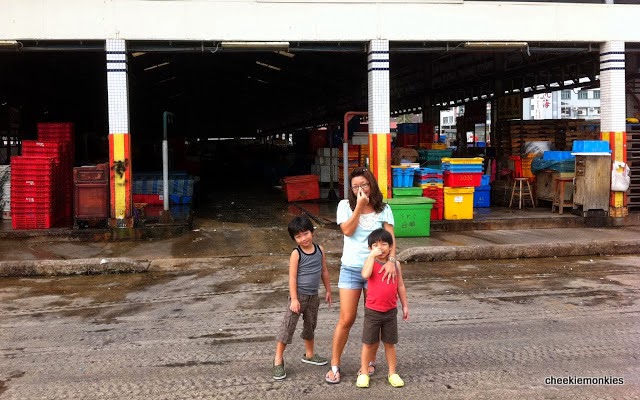 Take in the sights, sounds and of course smells at the Jurong Fishery Port where it really comes alive after midnight when all the fishing vessels start to unload their day’s catch. Fishing vessels and fish reefer boats calling at JFP usually unload their catch between 11pm and 2am for wholesale through the fish merchants. Just the sight of so many different types of fishes and how the auction of fishes are done should be enough to offset the lack of sleep.

There is no better way to let the children experience the untold stories behind the streets and landmarks of Singapore than going on a trail route. Take your pick from the heartland trails such as Ang Mo Kio, Queenstown, Jalan Besar, Yishun-Sembawang, Balestier and Tiong Bahru walking trails. We went for the latter and the kids thoroughly enjoyed themselves! 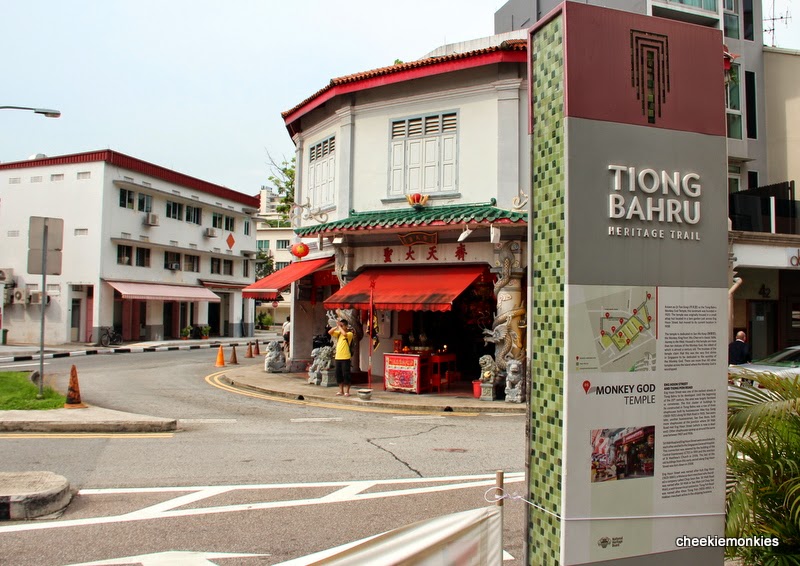 Or you could savour the cultural and architectural richness of the Peranakan, Kampong Glam, Little India and Chinatown trails, or even step back in time with the World War II Heritage Trail! Visit National Heritage Board’s website to download the trail maps.